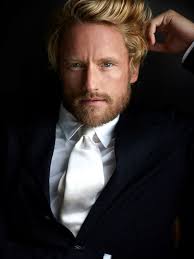 Wulfric Stone from Neighbors by Stylo Fantome is our book boy for October 2016. Wulf was an unapologetic alpha male. He was so demanding and sexy. He was hard to read at times, but when he started to let his guard down, he became irresistible. It was so hard for Wulf to admit his feelings and once he did everything went to sh*t. I want him to win. Wulf was a level 3 and we loved him!
#level3
-Natasha
Wulfric Stone…Wulf’s name definitely suited him. He was a predator. He went after what he wanted and got it. He seemed so standoffish and aloof at first that he was hard to love especially when compared to fun, open Liam. However, after a deep discussion, we recognized that Wulf is everything that we look for in an alpha. He was undeniably and unapologetically a #level 3. The fact that he was hard to love made us fall even harder in the end. I’m officially #teamWulf.
#teamWulf #level3
-Jasmine