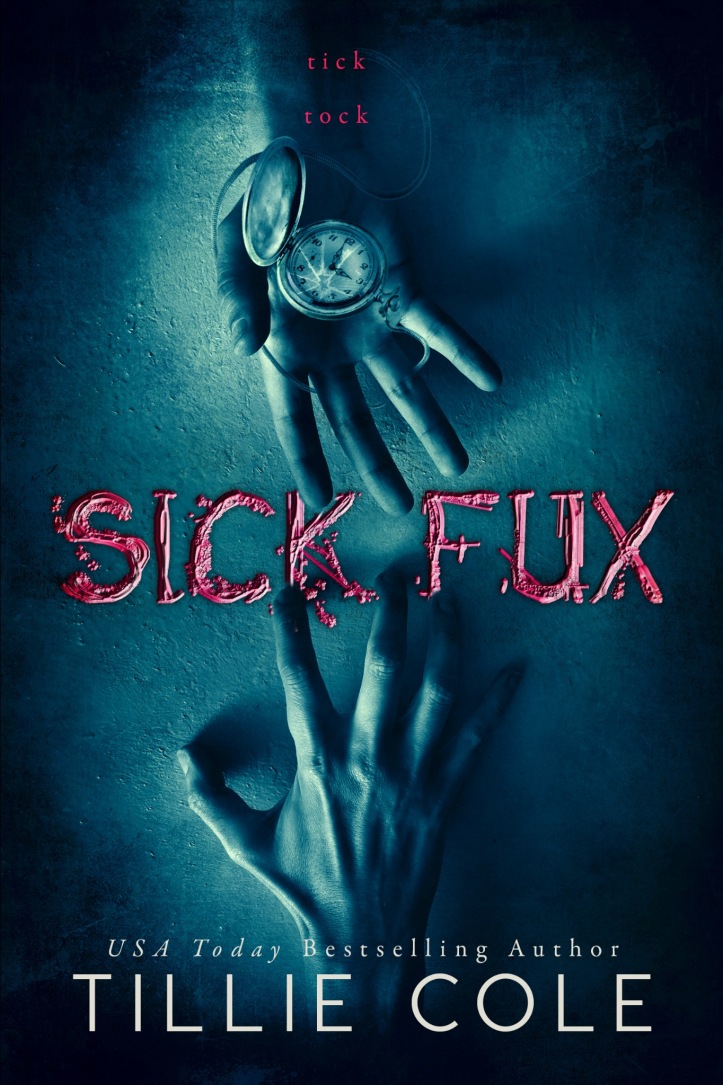 When Ellis Earnshaw and Heathan James met as children, they couldn’t have been more different. Ellis was loud and beautiful – all blond hair, bright laughs and smiles. Heathan was dark and brooding, and obsessed with watching things die.

The pair forged an unlikely friendship, unique and strange. Until they were ripped apart by the sick cruelty of others, separated for years, both locked in a perpetual hell.

Eleven years later, Heathan is back for his girl. Back from a place from which he thought there was no return. Back to seek revenge on those who wronged them.

Time has made Heathan’s soul darker, polluted with hatred and the thirst for blood.

Time has made Ellis a shell of her former self, a little girl lost in the vastness of her pain.

As Heathan pulls Ellis out of her mental prison, reviving the essence of who she once was, down the rabbit hole they will go.

With malice in their hearts and vengeance in their veins, they will seek out the ones who hurt and destroyed them.

One at a time.

Each one more deadly than the last.

I placed the foot of my cane on the floor and looked to the left. The sound of light breathing came from around the corner. I made to move, but my heart slammed into a fast beat, stopping my feet in their tracks. My nostrils flared as I closed my eyes and tried to suck in deep breaths. I never did this, never had this kind of reaction to anything. Not in eleven years. Not when I was trapped in darkness. Not even when the guards came to “meet the young kid.” Not when we got out—bloodily, savagely, darkly. Especially not when my knife plunged into the guards’ hearts and I watched the life fade from their eyes, the pure fascination of losing one’s life essence occupying my mind.
But this was Dolly. The only person I’d ever given a shit about.
A slick tar pumped through my black heart as I thought of her. She was the blood that gave me life.
I had no idea what state I would find her in. Whether or not her fragile mind had been destroyed. Whether or not her glass heart had been shattered. No hope of salvation.
I had no idea if my only reason for living could be saved. I shook with venomous anger when I let my mind imagine the hell those sadistic cunts would have put her through in my absence. But Chapel’s words rang in my ears . . . Unleash the anger only on those who deserve it. Let it build within your heart like a well swelling with water . . . then unleash hell on those who took your freedom.
Opening my eyes, I breathed through my rage and silently rounded the corner . . . I stopped. There she was, sitting in a chair. I sucked in a breath and heard it rattle in my ears. Her hair. Her hair was pulled back into a long braid, the woven strands falling to her lower back. And she was dressed in black. Long, baggy sleeves covered her arms.
Motherfucking black. Dolly didn’t belong in black. Only color. Blue and white and gold and motherfucking pink.
I edged around the perimeter of the room until I faced her. My heart tore down the center and I had to hold back a loud snarl when I saw her curled up on the seat, a thick blanket over her thin legs and waist as she stared lifelessly out of the window. The window that overlooked the once-manicured lawns, now nothing but high-reaching weeds and too-bushy trees. I looked across at what she was watching, in the direction of what held her so captivated.
My heart was severed completely, the two parts of its flesh repelling the other, trying to escape the rage and pain and fucking consuming darkness.
She was staring at the spot where we used to play as kids. Where she had found me all those years ago, ripping the colorful butterfly apart in my hands. I moved into her line of sight, but her blue eyes didn’t lift to meet mine, just stared through me as though I wasn’t even there. I crouched down and studied her face. Porcelain skin. Full lips. Fucking perfection.
But there was no life left in her.
I had never felt fear before, but I imagined the sinking hole I felt dropping in my stomach was something like it. A sinking feeling that Dolly had gone to a place from which there was no escape, a prisoner in her own mind.
Fragility consumed.
“Dolly darlin,’” I rasped, my voice fucking breaking.
Twenty-one. She was twenty-one and more beautiful than I could ever have imagined.
Perfection.
My living doll.
A strand of hair lay over her face. My fingers clenched and unclenched as I tried to force myself to touch her. But I couldn’t. I hadn’t touched or been touched in years. I didn’t know how to anymore. Allergic to human affection. Repulsed by the degrading feeling of touch.
I . . . I . . . I couldn’t.
As I opened my mouth to speak to Dolly again, a loud gasp sailed through the air behind her. I straightened, gripping my cane, to see a familiar old face appear. I watched, the sinking hole quickly replaced by dark satisfaction as the blood drained from her face. “Good Lord,” she whispered as I smoothed down my black cravat and vest.
I glared at the bitch. Leaning casually on my cane, I said, “More like Lucifer, I would think.” I nodded in her direction “To you, anyhow.”
Mrs. Jenkins swallowed and tried to back out of the room. “Ah-ah,” I tutted and shook my head. She immediately stilled, eyes fixed on mine.
“He . . . Heathan James . . . it’s . . . it’s not possible . . .” she stammered and ran her eyes over me. Every inch of me.
“Rabbit.” The bitch flinched at my correction. “I am Rabbit. The motherfucking White Rabbit. So never fucking utter that peasant name to me again.”
Her skin paled, and her eyes fell to Dolly sitting on the chair. Dolly still hadn’t moved. I shifted my grip on the box I had brought inside, about to hold it out to Mrs. Jenkins when she asked, “How are you here?”
I threw the box across the room. It landed right at her feet. “Dress her.”
“Wh-what?” Mrs. Jenkins asked.
I pointed to the box at her feet. “Dress her. It wasn’t a request.” Mrs. Jenkins shook as she picked up the box and moved to where Dolly sat. Dolly didn’t look at her either. Mrs. Jenkins opened the lid of the box and gasped again.
Her old, wrinkled eyes snapped up to mine. “No—”
Before she had even finished the sentence, I had reached into my pocket and pulled out my knife. I ran the flat side of the blade down my cheek. Slowly. Controlled. Watching her terrified gaze track my every move. “You’d best do as I ask, Mrs. Jenkins. My patience and tolerance for you appear to be at an all-time low.”

Add to your Goodreads shelf – http://bit.ly/2tI2SIz