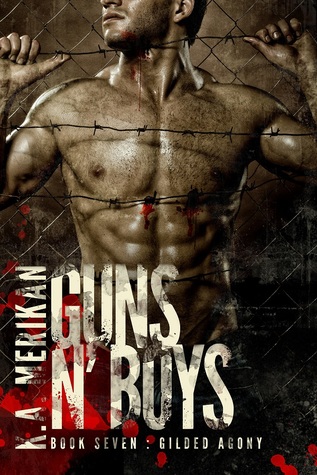 “We are two halves of the same rotten apple.”

Deep in the Amazonian jungle, there is a mansion with a rose garden and a hen house where juicy tomatoes are the perfect shade of red, and marble countertops glisten.
Inside, where even the shadows don’t reach, something is rotting, and the perfect facade can only hold the stench for so long.

Domenico promised his husband that he would keep him safe, keep him away from the bloodshed and the brutal world of cartel violence. But when a guest arrives to help retrieve a stolen transport of guns, something sinister sneaks into his home, something more dangerous than his enemies. Or has it been there all along, and he just hasn’t noticed?

Seth’s life is what others dream of. Endless leisure time filled with cocktails, a kitchen stocked with anything he wishes for, and a private pool in the sunshine. What’s missing is the man he shares it with, the man he fell in love with. If being cut off from the mafia business was what he wanted, then why is it so painfully lonely in paradise?

Desperate to be the supportive husband Domenico needs, Seth buries his rage, his violent urges, and the anger that simmers inside of him. But he can only hide in plain sight for so long, and when a guest invites him to play with fire, one misstep, one wrong move, could burn their safe haven to the ground.

ARC provided by authors I exchange for honest review.

GAH!!!! I fall deeper in love with Dom and Seth with each book. When their books are released my life stops. This book was no different. It picks up a few years later from where we left off in book 6. It was easy to fall back into their hectic lives. Seth is the ultimate house husband, while Dom is his protector and provider. This book wrecked me. Dom and Seth struggled with communication, secrets, and assumptions. It broke me to watch them become so broken at times. But what utterly destroyed me, was watching the ultimate vulnerability of Dom. Gah! In previous books we’ve witnessed the softer side of Dom. We know its there, right under the surface. But with this book, Dom was flayed and his heart was in Seth’s hands. It was beautiful torture witnessing Dom brought to his knees by Seth. Dom became an erratic emotional creature and I felt everything. I cried, laughed, and cried some more. The writing was flawless, and I appreciated the memories sprinkled throughout the book. It constantly reminded me of the unbreakable bond Seth and Domenico had built. With every reminder, their love became palpable. This. Book. Gah!!!!!!!!!!!! I’m going to re-read this whole series. The. freaking. feels. I don’t know who wrote this quote “How do you know a love is great if its never tested?”. It reminds me of Dom and Seth. I absolutely love them.