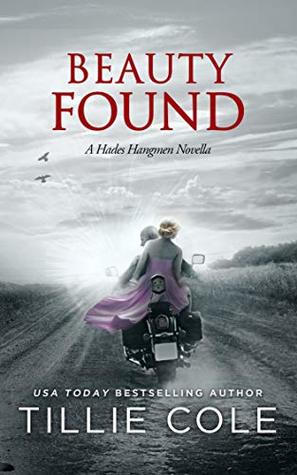 EVEN IN HELL, THERE IS BEAUTY TO BE FOUND.

There is life even when all seems lost.

Shane ‘Tank’ Rutherford is just seventeen when, escaping his father’s lethal fists, he ends up on the streets. Fighting for survival, he finds himself suddenly saved. Saved by a group that takes him under their wing.

A group that everyone knows . . . the Texas Ku Klux Klan.

Years later, Tank is disillusioned from the Klan and what they stand for. Recently released from prison, he is lost in a world he no longer knows. He is on his own. Until he picks up a woman hitchhiking on the side of a road. A beauty queen dressed in pink.

Seconds after taking yet another pageant title, Susan-Lee makes a split decision and flees the stage. Flees the glossy life of a pageant queen, flees her violent mother . . . and jumps straight on the back of a tattooed muscled god’s motorcycle . . .

And never looks back.

As Susan-Lee holds tightly to Tank’s waist, neither of them know it’s a chance meeting that will change both their lives, and their hearts, forever.

Before they were Tank and Beauty, they were Shane and Susan-Lee. Two lost hearts who, together, were finally found.

Recommended for ages 18 and over.

How did I end up in a book slump via a novella?! Tillie Cole (Jasmine’s answer) that’s how. Tillie Cole books are everything every time. I never knew I wanted Tank and Beauty’s story, but once I got it I didn’t want it to end. This book answered questions I didn’t know I had. It was so good and over in a blink of an eye. I was in Hangmen rut so I read Styx and Flame’s books again. I need Tanner, Viking, and Ash.