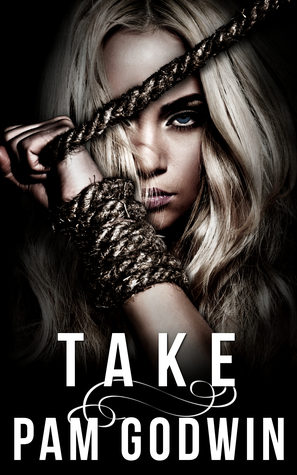 Wow! WTF did I just experience?! I can’t wrap my mind around some of the dark and depraved occurrences in this book. I thought I knew my hard limits. I thought I couldn’t stomach certain subject matters. But leave it to Pam Freaking Godwin to blow past another boundary I’ve set for myself yet again. I hated love triangles until Pam wrote one. I hated second chance romance until Pam wrote one. I hated companion novels until Pam wrote some. And now This. Book. Pam Godwin excels at writing dark romance. The way she paces her stories is beyond. She gives you the darkest of the dark, then blesses you with these magnificent heartfelt moments that bellow to the hopeless romantics in us all.

I love stories where love conquers all. Tiago and Kate’s story was the epitome of love conquering it all! Woo Chile!!!! This was a heavy af  read and I enjoyed every deviant moment of it. Tiago is a horrendous man. But Pam Godwin can redeem the nonredeemable. (I sound like I’m preaching.) But it’s so true. I don’t know how the heck she’s able to take a character we loathe and make us love them as much as our first born. Okay, maybe not that much but love them nonetheless. Tiago was a tortured torturer and I wanted Kate as far away from him as possible. I felt every one of Kate’s emotions as if they were my own. I relished watching their relationship unfold. It was an emotional roller coaster and I didn’t want to get off.

He’s a notorious crime lord, a kidnapper, and an artist.
Scarification is his outlet, and he just captured a new canvas.
Kate refuses to surrender beneath his blade or the cruelty in his beautiful eyes.
But she’s drawn to the man inside the monster. A man who makes her ache with his touch. Who owns her with his kiss.
A man who worships her as deeply as he hurts her.
She can run, but there’s no escape from a bond carved in scars.