No Prince by Stevie J. Cole and LP Lovell 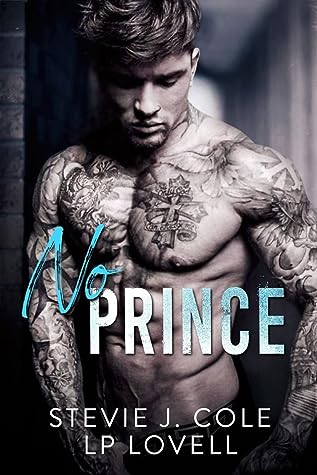 I love Bully Romance. There’s nothing quite like a man-child. This was just what I needed. I enjoyed every minute of it. Don’t judge me.

Zepp Hunt wasn’t the king of Dayton high school. He was the top of the food chain. And I was next in line to be dragged into the lion’s den. At least that’s what he thought…

Good girls wanted to tame him. Bad girls want to be tainted by him. Everyone bowed down to him. And me?
I hated Zeppelin Hunt with every fiber of my being.
Which was why I stayed away from the arrogant bad boy with tattoos and a rap sheet.
Until I couldn’t.
Until we traded favors, and I owed him three months of my life. I never thought I would end up in his bed, and when I did, I had to remind myself that he hated me as much as I hated him.
Until I didn’t.

Zepp Hunt was no prince, and I absolutely refused to be his damsel in distress…