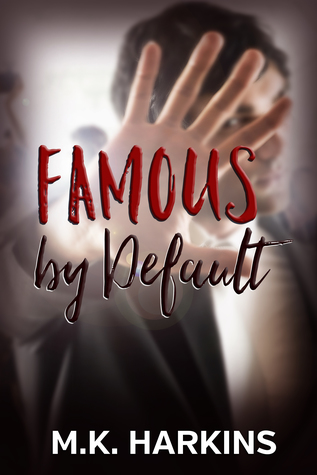 Buried,
By my family’s fame.
Dying to escape the limelight,
And finally, I do.
Being raised as a Jayne, I’m under constant scrutiny. The rock band my brothers formed makes it impossible to stay under the radar. Paparazzi, tabloids, rabid fans–you name it and I’ve got it. It all makes me sick. But getting shipped off to crazy Aunt Betty’s house in my senior year of high school isn’t any better. After all, there isn’t a stray kid or pet in the world that my aunt wouldn’t take in.
Then I meet her. She’s cautious, suspicious, and not interested in me at all. But that’s fine by me. Sivan Holt may be beautiful and intelligent, but she’s nothing I’m looking for.

Sivan
Drowning,
In my past.
Struggling to feel settled.
And finally, I do.
Growing up in the foster care system, I longed for a sense of belonging. All I wanted was a place to call home.
At the age of seventeen, I’m finally starting to feel it here. Home.
When he comes along, it unsettles me. I don’t want him to ruin everything we’ve built–everything that matters. Jax Jayne is arrogant, privileged, and I want nothing to do with him. But those green eyes of his keep drawing me in. If I let down my walls, will it be my final undoing?

This was an entertaining read. YA is a hard genre. Either readers hate it or love it. I was in the middle with this one. I liked this book. This was the story of Sivan and Jax. who were dealing with multiple issues. They were really cute together but I had a major issue with this relationship. As the reader, I didn’t witness a lot of interaction between them. The author used the “tell not show” method. It’s important that we witness these late nights conversations, make out sessions, and time spent together. It makes their connection more authentic. Don’t get me wrong, there were some sweet moments, but not enough. I was told about moments and about the gaps in time, but didn’t get to witness them. For instance Jax wrote Sivan a beautiful song, and we didn’t get the lyrics! So wrong…

The characters were a colorful bunch. They made this a funny, heartbreaking, and loveable story. I really enjoyed their banter, struggles, and friendships. This was a lighthearted read that evoked real emotions. I’m so curious about the supporting characters. I would def read more from this author. Read it and don’t let my pet peeve stop you.