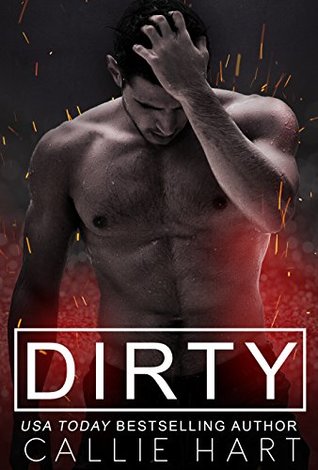 Face of an angel.
Body of a god.
And a mouth so dirty he could make the devil blush…

Fix Marcosa’s time can be bought with money, but he isn’t selling sex. Murderers, rapists, criminals: if you’re on the wrong side of Fix’s moral code, you’re in trouble. The kind of trouble that winds up getting you killed. As a hitman for hire, Fix is no stranger to violence. He’s merciless. Relentless. A true savage, down to the roots of his very soul. You can beg. You can plead. You can pray, but it won’t do you any good. Once the tall, dark stranger arrives at your doorstep, it’s already too late to repent.

Sera Lafferty’s no stranger to heartbreak. With an abusive father and a dependant sister, her life has been one of sacrifice and compromise. As soon as she sets eyes on Felix ‘Fix’ Marcosa, she recognizes the darkness in him and makes a vow: she will not get involved. But trapped inside a motel room with the sexiest man to ever walk the earth? Throw in some tequila and the storm to end all storms, and Sera finds herself worshipping at the altar of Marcosa.

She knows she made a mistake.

She knows she needs to run.

But when she witnesses the assassin at work first hand, she knows it’s far too late. Thrown into the back of his sleek black ride, Sera finds herself trapped, and in more way than one. Fix is deadly. He’s demanding, he’s dirty, and he’s determined to claim her for his own.

My, My, My. This was just what I needed. I had a serious case of book hangover and this book cured me. Felix was hawt af. I couldn’t believe some of the ish that came out of his mouth. Even though this was a dark read , there were some ridiculously funny moments.  Felix is… Felix. He is so much fun! He’s a dangerous alpha, but he possesses a   playfulness that’s so freaking endearing. I love Felix and Sera’s blooming love story. They are so entertaining, but their chemistry is off the charts. Enough about this book! Just read it! I have got to start book 2!

I agree Natasha, Fix is HAWT.  He was so crazy, and he literally said whatever came to mind. His openness was both alarming and sexy as hell. His alpha personality displayed itself at all the right moments. It was amazing to see such a clearly dominant man refrain from dominating his woman of interest. He respected the tough woman that Sera was without turning into mush. Sera and Fix’s chemistry was definitely palpable from the very first moment they met! I know Fix is hella dangerous, but I just can’t make myself stop wanting him and Sera feels exactly the same!