Review: My Time In The Affair by Stylo Fantome 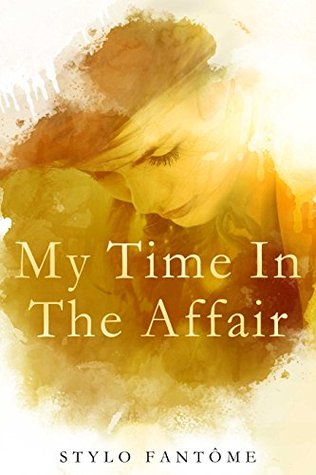 I made a conscious decision to cheat on my husband.

Now, before you judge me, hear my story. Hear how much I’m like you, how similar my thoughts are to your own. Yes, I’m a horrible person. Yes, I’ve done horrible things. Yes, I don’t deserve forgiveness. Yes, bad things happened because of my actions.

But I’m willing to bet I’ve done things that maybe, just maybe, you have thought of doing.

Maybe, just maybe, you’re not as innocent as you’d like to think.

Or maybe I’m not so guilty …

This book made me glad that I gave up on my ” NO CHEATING BOOKS” hard limit. Yes, it was hard to read at times. Yes, cheaters are selfish! Yes, it was worth it! This book transported me to some of the most exotic places. The setting alone was to die for. But when you add the characters and plot it became a 5 star read for me. Gah!!!  Mischa was a likable character, who was at her wits end. She was the wife next door dealing with common marital problems, when she has the great idea to cheat on her husband. Of course, nothing goes as planned. Mischa ends up getting way more than she bargained for in the form of a sexy alpha named Tal. I mean could his name be anymore sexier? Tal, Tal, Tal was everything I wanted in a book boy. His charisma made me smile, his inhibitions gave me goosebumps, and his possessiveness made me swoon.  His personality jumped off the pages into my heart, where he made space for himself on my “forever book boy” list. I could care less about spouses and infidelities when Tal and Mischa heated up my kindle. Their chemistry was off the charts. I wanted them to fall in love, husbands be damned! I know I’m a terrible person, but when a man like Tal calls, you answer. Well, at least in the book world you do. Be bad and live vicariously through Mischa. Read this book!