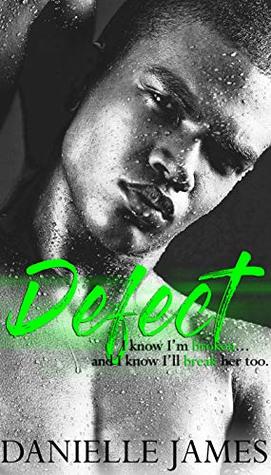 Can I fangirl for a minute?! I discovered Mz. James’ writing a few months ago and haven’t looked back since. Her writing is fresh, original, and I am in love with the way she tells a story. Miss James’ characters always seem to have to fight for their love and once they find their way to each other its them against the world. Her characters are mature and ready for love. None of that break up to make up BS and I love it! Her books gave me just what I needed at a time when I was completely bored with  my book choices.

Now…This. Book. Ezra. Ezra. Ezra. Young man. Young man. Woo child!!!!!!!!!! I can not say enough about this little boy who was all man. He was more man than I could have ever imagined. As I sit here and reminisce about scene after scene, I want to read it all over again. The things he said. The things he did. Gah!!!! Ezra!I can’tsee any other book boys but him right now! Ezra reformed me and made me into a one book boy woman. As a matter of fact Fcku a book boyfriend! I settled down with Ezra. I have no understanding of the yogi ish he pulled but I’m done. I am his.

Solo and Ezra set my kindle on fire with their energy and love making. Solo was the Ying to Ezra’s Yang. They were perfect for one another. I adored how they stood and fought together against the toxicity in their lives.  Solo played no games!!!!!!!

This was a beautifully written highly emotional read. There was tremendous heartbreak on these pages, but Ezra and Solo’s love eclipsed that ish. That’s how love is supposed to be. OMG!!!!!!!!!!!!!!! I just had an AHA moment! Danielle James’ stories are REAL LOVE stories. No matter what’s thrown at her characters, they stand fast in their love for one another. And that my fellow readers, is the most romantic thing EVA.

I should have died in the car crash.
When I woke up from the coma, my mother told me my twin brother was dead…
I wanted to die too.

I knew nothing would ever be the same.
I just didn’t know how right I was.

The crash left me with irreparable brain damage.
I’d never be normal again.
I was labeled a defect by everyone at home.
A flaw.
God took the wrong twin.
I was stuck in a nightmare.

But when I met her, everything changed.
My sunflower.
She shone a light on the twisted lie I’d been living.
I was forever grateful for her friendship but I couldn’t get too close.
I was broken.
I broke everything I touched…
And I wouldn’t be able to live with myself if she crumbled because of me.