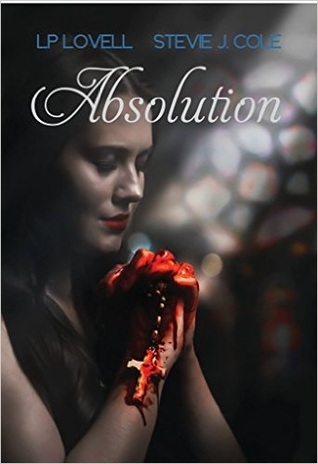 Is this the year of crazy heroines? I mean, sheesh. These broads crazy!!! lol.  But Evie took the cake! I was completely stunned by some of Evie’s antics.  This was a dark train wreck that I couldn’t get enough of. The writing was captivating. The emotions of these characters jumped off the page at you.  I loved this story, even though being in Evie’s head became painfully redundant at times. I was like I. GET. IT!!!!!!!! Sin, Sinner, Hell, Pray…repeat. Ezra and Evie were the best kind of crazy. They were hawt and the the plot was explosive. This was unputdownable, and I think it maybe a second part…

Clearly this is the year of crazy heroines. Evie is by the far the craziest of the year. She was totally disturbed. She was a stalker, and a killer. Her behavior was unbelievable at times, but she really felt justified. I had no clue what was going to happen in this one because Evie was insane and Ezra was almost as crazy. This book was so unpredictable, but HOT, and nobody beats Evie’s crazy. Definitely a whirlwind and unconventional love affair. Being in Evie’s mind was difficult at first, but once I got comfortable being in her headspace, this was a one sitting read.