A Place Without You by Jewel E. Ann 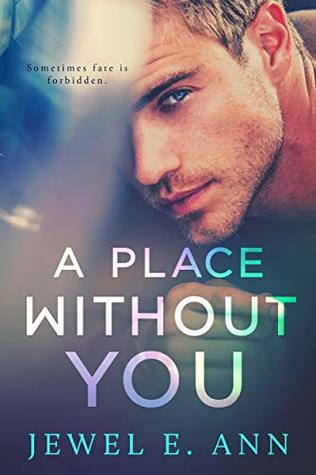 This was an unexpected surprise. I thought this story was your average teacher/student romance, but I should have known with Jewel E. Ann behind the pen it would be so such more.  The more was family, heartbreak, friendship, and first loves. I adore stories about first loves. I’m a hopeless romantic and nothing comes close to the romance of first love. Bohdi was Henna’s first love. She loved him without reservations or baggage. Henna was a breath of fresh air. I could feel the lightness of her spirit and fell in love with her instantly. Although her immaturity irritated me at times, I’ll always have a soft spot for her. Bohdi had enough baggage to last a lifetime. He was constantly consumed by his past and current situations. I felt so sorry for him at times. I wondered if he would ever catch a break. Bohdi and I were so consumed by his issues, that we didn’t realize that Henna was his break. Henna and Bohdi. Bohdi and Henna were surrounded by chaos, but together they had peace. There were so many obstacles for them to overcome and thanks to an unshakable connection they were able to overcome. Until the ultimate test fell into their laps and left them reeling.  I don’t know how to feel about what happened. I don’t know who deserved forgiving. I’m still so conflicted. But one thing I know is that I love Henna + Bohdi. Did I mention their sex scenes? Hot. Hot. Hot.

This story of family, friendship, and love was just what I needed and so much more than I expected. Take a chance on Bohdi and Henna…

The Law of Henna and Bodhi:
When love breaks, fall inward, fall together, and fall hard. Then let time pick up the pieces.

Young and spontaneous, they have a lust for seizing the moment, falling hard and fast.

When Bodhi is forced to leave without a goodbye, Henna thinks she’ll never get over him. But then she meets Mr. Malone, her sexy, new guidance counselor.

They are reckless.
They are forbidden.

When their secret is discovered, Henna has to choose between finishing school—banned from seeing Mr. Malone—or dropping out to follow her nomad dreams.

Over time, she learns that life is not a destination or a journey, some things are more than temporary, and the forbidden can never be ignored. But if she returns for him, will he still be hers?

A Place Without You is an emotional story of young love, shattered dreams, and impossible decisions.