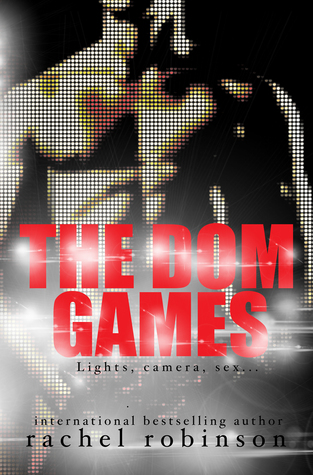 Ten submissive women. One billionaire dominant. Three months competing for his “affections.”
One winner takes all.
Dominic Reed, heir to an oil fortune, has spent his entire adult life perfecting his dark hobby. With little control in every other area of his manicured life, he finds his release as a dominant. With more money than he knows what to do with, he creates a TV show: The Dom Games.
This year is different than the past seasons, this year Dominic will be the star. He wants a forever submissive.
Before last month Kayla Parchet thought the word submissive only referred to dogs. Fresh out of college with a business degree that is scrap paper, she needs to get an Ivy League masters degree to pursue her dreams. When Kayla is accepted to be one of the ten, her world takes a dark turn as she competes against women who live the submissive lifestyle for enjoyment. Can she hold on to her dreams long enough to win the competition and ten million dollars? Or will she get sucked into Dominic’s twisted world?
Only a few whips and canes stand between Kayla and the future she’s always desired.
Lights, camera, sex…

This was just what I needed after last week. I needed a book to escape reality and this story based on reality TV was just the remedy. I loved the plot and setting of this story.  The main characters were great as well. Dominic was the ultimate dom until he wasn’t *sigh*. I fell in love with Dom, he was sweet and caring. I loved Kayla, she was hilarious. Their dynamic was so intense at times, especially with the cameras and other contestants. Slight Spoilers ahead………

Pet peeve. I hate when I fall in love with an alpha male in a book and he turns into a softy. This is what happened to Dominic. He stopped being a dom. In my opinion he gave Kayla everything and she sacrificed nothing. I get it, she didn’t want to be a full time submissive but couldn’t they “play” in the bedroom? I just wish they would have “played” some towards the end. It was kind of implied once, but since Kayla was so against it, I was left doubtful. I really enjoyed this book. It was fun and original.